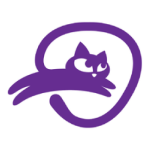 Mobile Games
The first investor in 2009

Playkot is a gaming company for mobile platforms and social networks. It started as a creative duet in May 2009 and made it into a successful company with more than 230 talented people on the staff. The audience of the games created by Playkot amounts to 70 million people all over the world. The flagship products are mobile turn-based RPG Age of Magic and award-winning city builder SuperCity with 30+ million players, as well as Tropic Storm and Titans with 2+ million players each.